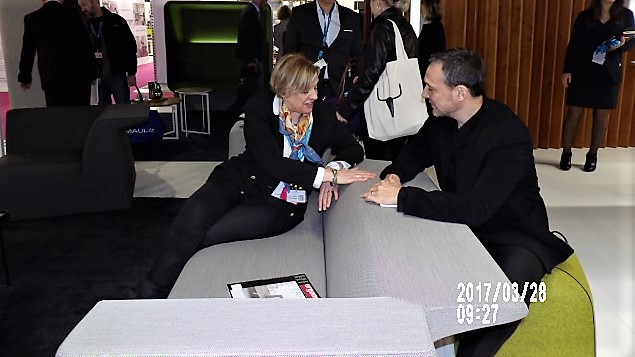 Koray Malhan, son of the founder of Koleksiyon, was born in Ankara in 1972. After attending the Industrial Design department at Mimar Sinan University, he completed his degree in furniture design at the Ravensbourne College of Design and Communication in London in 1995.

Up until 2000, he worked on design projects at Koleksiyon, after which he became the brand and product manager of the company for the following two years. Since 2002, Malhan has been supervising the development of design projects, collaborations with foreign designers and studios and been responsible for brand communication.

Malhan, as the Design  and Brand director of Koleksiyon Contract & Office, has been managing the entire product portfolio of the brand since 2008. In addition to creating his own designs, he works closely with Koleksiyon’s partners from international design studios to ensure a consistent approach is taken to product design and development.

Malhan says that music is a great source of inspiration for his work, particularly  the works of composers like Pierre BOULEZ. Mobility and quality are the main concerns of  Koleksiyon. Koleksiyon is present worldwide in 25 countries (United Kingdom, Germany, USA, etc..) under its own brand.

Integration of nature in the office

To start this year 2020, we have chosen to offer you «a breath of nature». In this new issue of